I thought this was an odd choice for Armani, as I'm not sure if the brand is really known for using jacquard in their fashion.  It certainly doesn't seem quite as iconic as, say, Chanel's use of tweed.  However, I was pleased to see these palettes for their fall 2011 collection since their last few offerings have been a total snoozefest (I'm looking at you, ugly holiday 2010 compact). 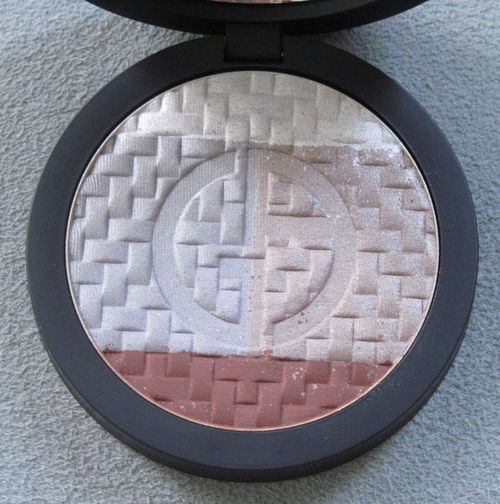 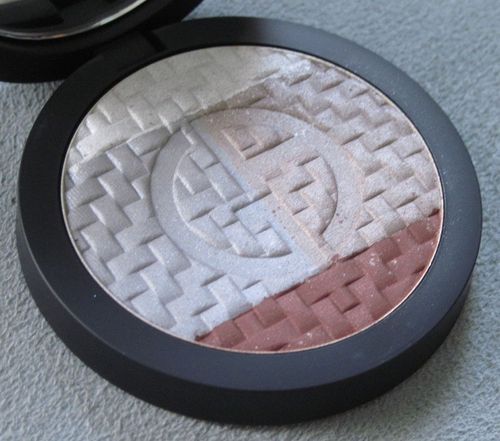 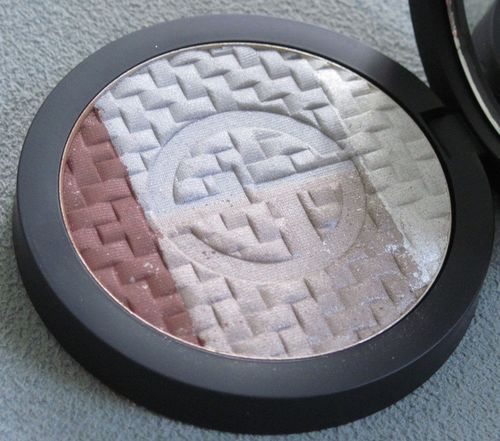 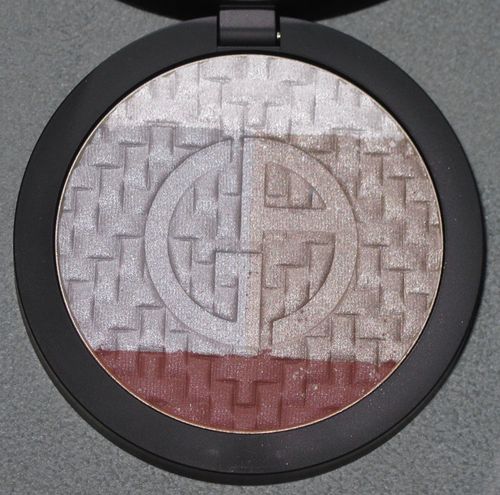 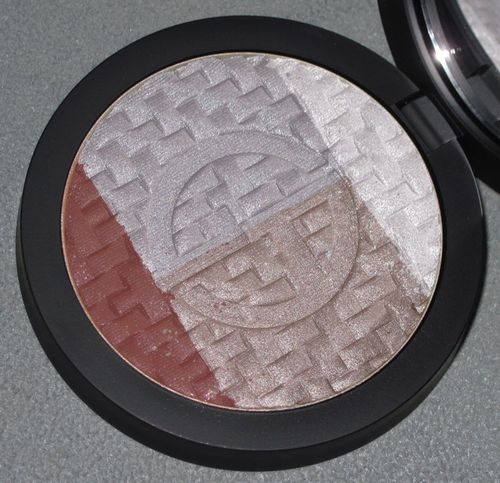 Here's the description from Neiman Marcus:  "Jacquard - intricately woven color.  Light, transparency, density and color, woven together create the luxuriously sophisticated jacquard look for Fall 2011.  The famous jacquard fabrics, made primarily of silk, were constructed in a variety of complex weaves juxtaposing light, color and texture in a highly sophisticated design.  From textiles to cosmetics... Never before was Armani fabric artistry so close to makeup."  That's all well and good, but why now?  I set out to discover whether jacquard was featured prominently in Armani's fall 2011 fashion collection.  As far as I can tell, it was not (although it is  in Armani's ties.)  But I did find that he constructed a metallic jacquard shorts suit for Gwyneth Paltrow for the Iron Man 2 premiere last year:

If you squint really closely at the computer screen, you can almost make out the jacquard pattern: 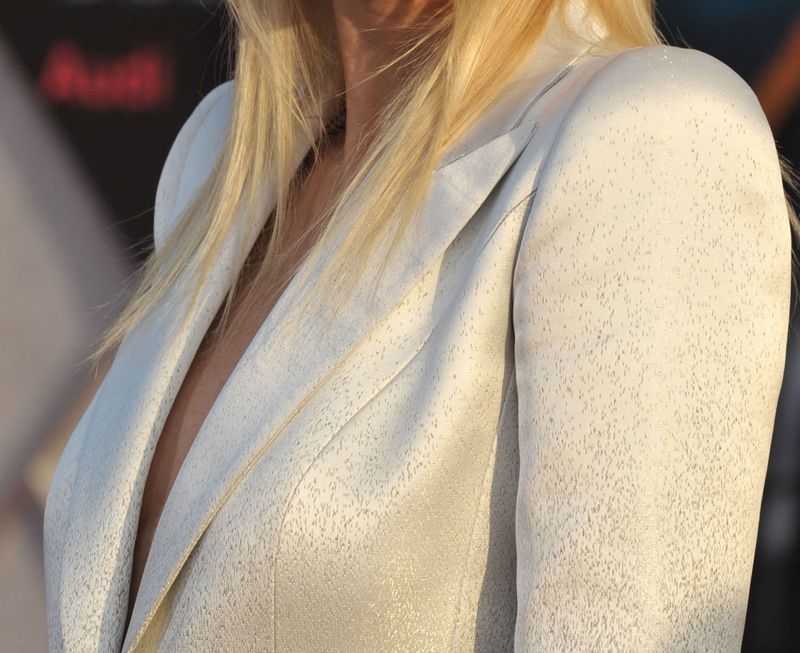 So  yes, it does seem that jacquard would be somewhat relevant to this makeup collection.  Also, I think fall is the best time of year to present a fabric-inspired pattern.  For summer you're looking for more lightweight fabrics that don't really have much of a texture (hmm, I do concede it would be cool if someone came out with a linen-patterned palette).  For fall, you want to break out the tweed, corduroy, cable knits, etc. - anything with a heavier knit and texture.  So jacquard may be fitting, shorts suit or not.

What's next for Armani?  While last year's holiday palette was disappointing, this year's promises to be much better.  You will most certainly see it in the ever-glitzy holiday exhibition here at the Museum.  :)