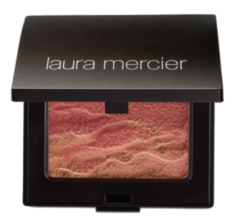 I thought this was a nice offering from Laura Mercier for fall.  While I didn't buy it (yet), the more I look at it the more I think it would be a good acquisition for the museum.  The reason: it's reminding me of all the lovely canyon and mountain landscapes done by the Hudson River School.  Let's take a peek at some of their work, shall we?

In a nutshell, the Hudson River School was an East Coast-based group of artists in the mid-19th century who focused on capturing the American landscape.  Heavily influenced by Thomas Cole and European Romanticism, these artists forged both the rise of American tourism and a foundation for an artistic style that was distinctly American.  If you're so inclined, the Met and PBS both have good summaries on them.1

Let's start with Frederic Edwin Church (1826-1900).  This artist traveled all over the world, visiting Ecuador, Columbia and most of Europe.  He is probably best known for his representations of the Andes - at least, that's what I remember him for! He also did a magnificent sunset at Grand Manan Island (a Canadian island in the Bay of Fundy), which I think best relates to the Canyon Sunset palette out of all his works: 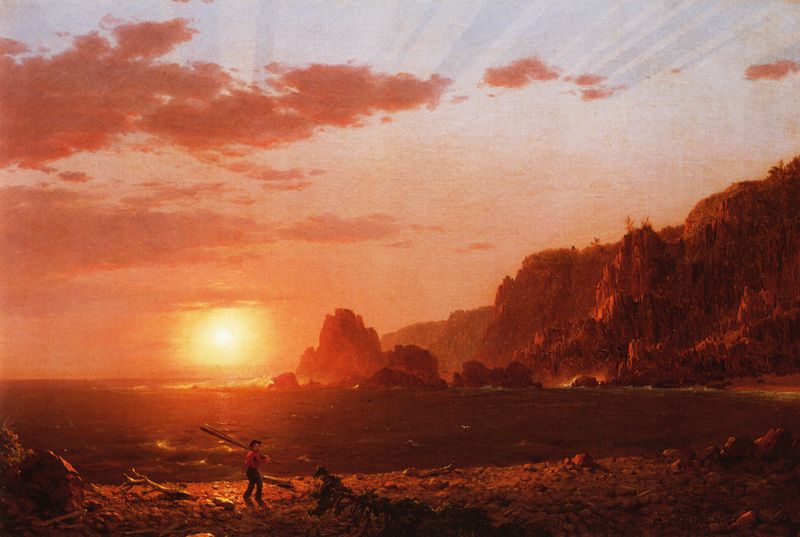 Then there's the German-born Albert Bierstadt (1830-1902) who went west and painted the Rockies and the Yosemite Valley. 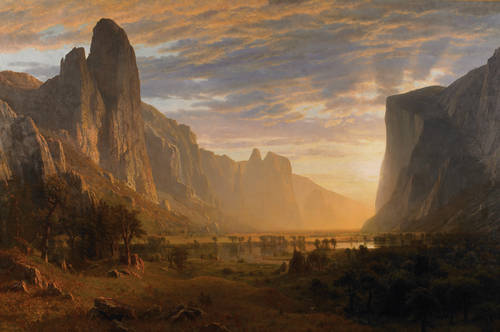 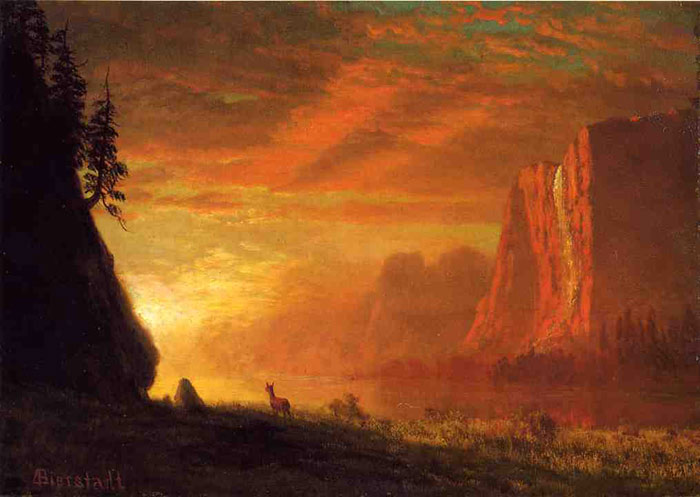 Finally, British-born artist Thomas Moran (1837-1936) also traveled out west (at least 7 times, in fact) from his home in Philadelphia, and completed many beautiful paintings of the Grand Canyon. 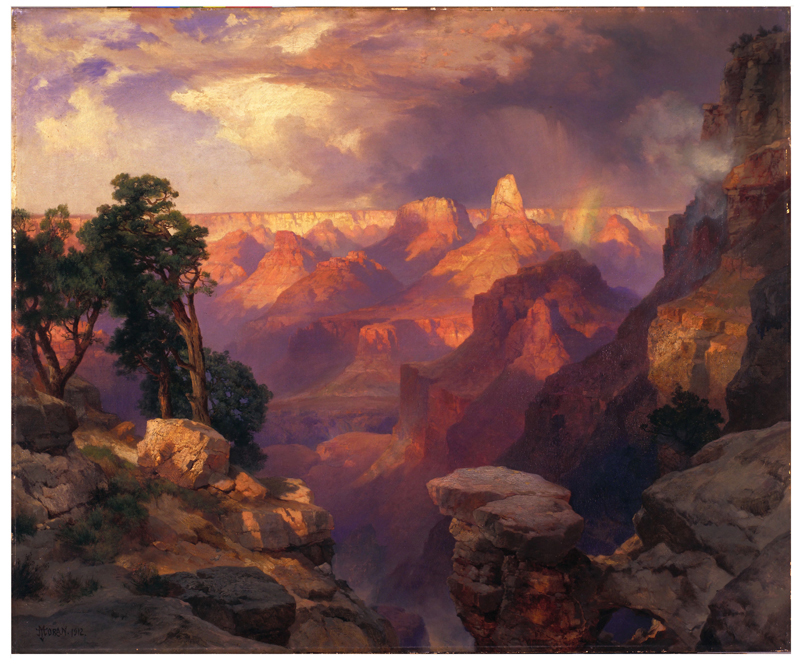 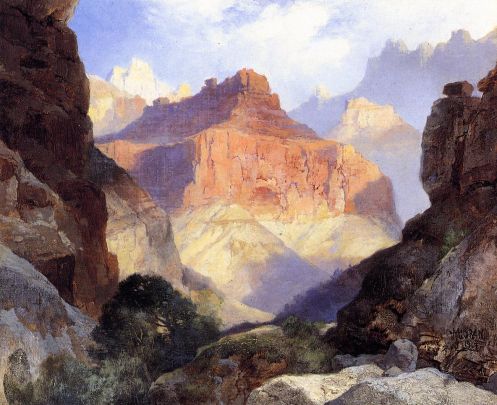 So now that we've had a little art history lesson, which of the Hudson River School artists mentioned here is your fave?  Or are you not digging any of them?  And which of their work reminds you the most of the Laura Mercier palette?  I personally am not into landscapes, but for the Hudson River School I make an exception.  The fact that these artists traveled so far at a time when travel for the sake of travel wasn't done very much (unless you were an actual explorer) is extraordinary.  The role they played in creating the notion of American tourism is significant as well.  Anyway, I think my favorite of these three is Church, since he traveled the farthest.  And I think the Canyon Sunset palette most closely resembles Moran's work in terms of color and the fact that you can really see the canyon striations in both his paintings and the palette.