From time to time I like to take a little break from posting on current collections to delve into Museum storage and dig up some treasures from seasons past.  So today I'm looking at the beautiful cleansing oil collection designed by Japanese artist Ai Yamaguchi for Shu in the spring of 2004.

This one was procured from the now closed Shu boutique in New York City.  I had decided after they had sold out everywhere that I wanted to collect all of the bottles.  I explained to the salesperson my dilemma and she gave me this empty bottle for free.  How awesome is that? 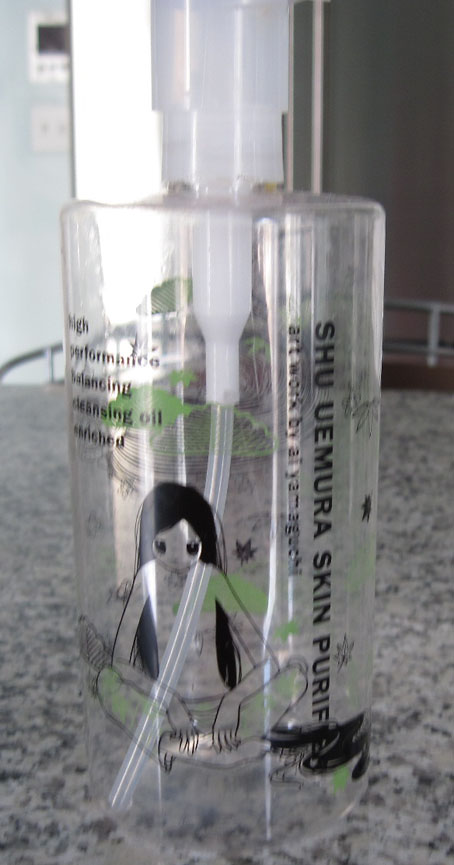 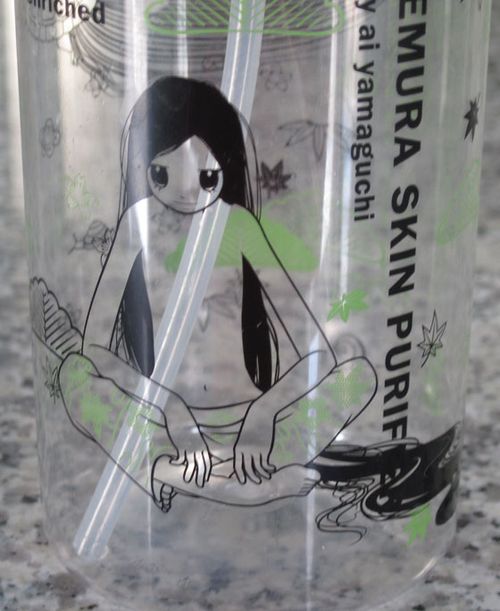 I love the turtle! 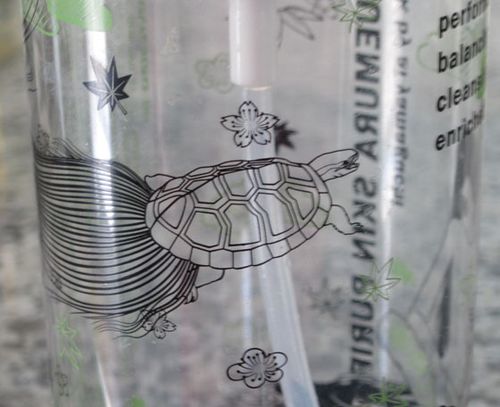 Then we have the Normal cleansing oil. 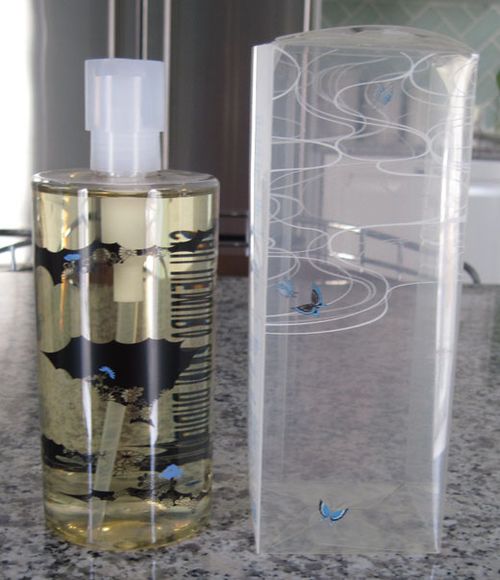 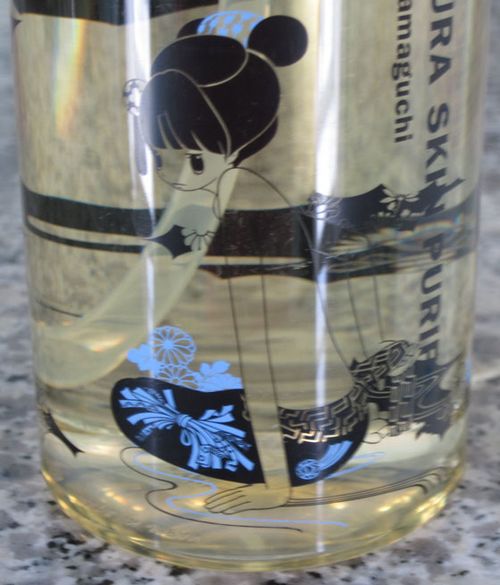 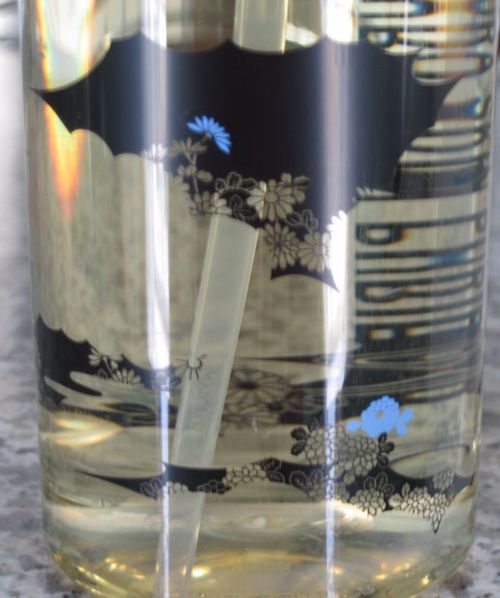 Finally, we have the Fresh cleansing oil, which I stupidly actually USED and the bottle isn't in as great condition as it should be, since it sat on my bathroom sink and was exposed to steam.  Of course, this was back in 2004 before I had the idea for the Museum and hadn't yet thought to keep collectibles in mint condition. 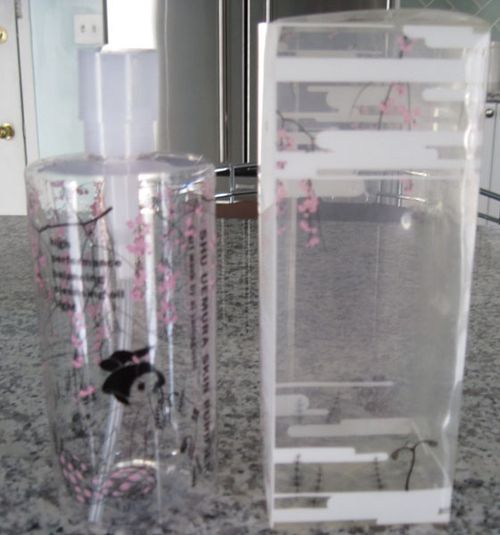 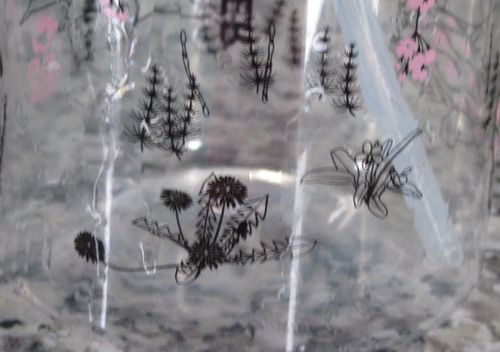 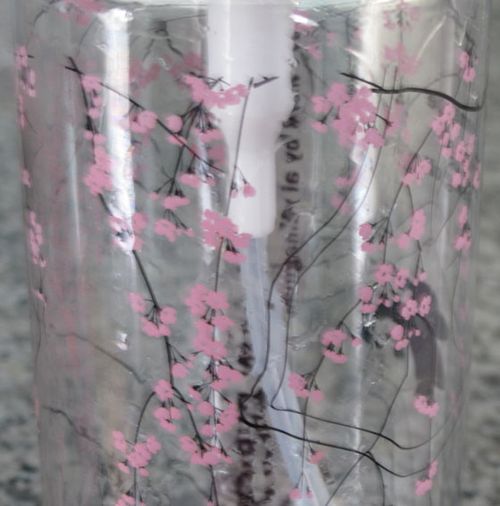 She looks so pensive.  What is going through her head? 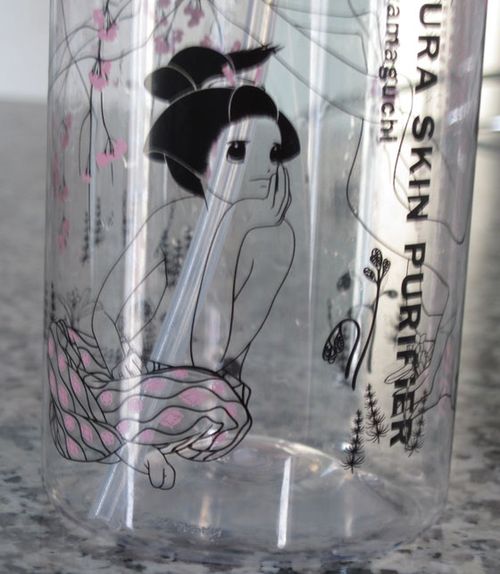 Sadly, I am missing the green Premium oil seen in the upper left of this stock photo.  I believe it was an Asian exclusive and I wasn't aware of it.  I've been scouring E-bay for years with no luck.  :( 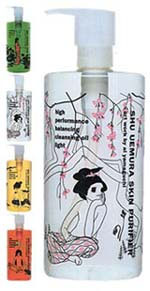 Anyway, let's take a quick peek at Yamaguchi's work.  These bottles are definitely a good representation of her style. 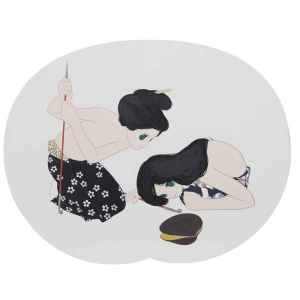 After reading more about her work I realized that the girls pictured on the bottles did not look pensive, as I originally thought, but were meant to express "worry, sadness and confusion."  According to Icon Magazine, Yamaguchi "creates a fictitious world based on the lives of courtesans working in brothels during Japan’s Edo period (1600-1868 AD). Yamaguchi has created nine imaginary characters – girls aged between nine and ten sold into prostitution by their impoverished parents. She depicts them while off duty...Stylistically, Yamaguchi’s work is inspired by the Ukiyo-e ('pictures of the floating world') woodblock prints of the Edo period – which often glamorised the working lives of prostitutes – but is also influenced by contemporary Japanese Anime illustration."  Sheesh.  I thought the girls were just carefree schoolgirls frolicking half-naked in a bucolic paradise surrounded by pretty butterflies and turtles and flowers.  Then I read that the poor things are actually child prostitutes!  That kind of puts a damper on things, no?  The book Warriors of Art:  A Guide to Contemporary Japanese Artists claims, "rather than reflect on the misfortune of the group of nine girls or on the debauchery of their surroundings, Yamaguchi concentrates on the simple daily details of their lives as they relax and play against a backdrop of changing seasons."  Still, while I love the artwork itself, I'm less enamored of the underlying theme.

Yamaguchi went on to create another series of cleansing oils for Shu in 2005...but that's another post.  ;)

Posted at 10:16 AM in Artist collaboration, Shu Uemura | Permalink | 0 comments