I have to say that I was initially excited about MAC doing a Wonder Woman collection...until I saw the packaging.  It was just, well, sad. 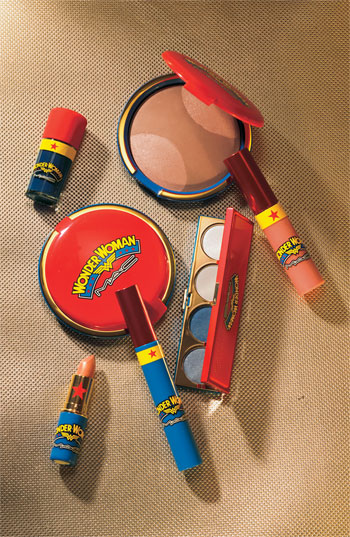 I guess I was hoping for something more interesting and not so juvenile and cheap-looking - something that better represented Wonder Woman's character.  Says the copy for the collection:  "Our Artists work wonders every day – now with the help of one of entertainment history’s most exciting feminist figures…Wonder Woman is the original incarnation of what makes women forever wonderful!...In that same spirit of fantasy and wonder, M∙A∙C creates a vivid collection of accessories that are sure to bring you a sense of feminine infallibility, totally peerless power – you ARE Wonder Woman if you want to be."  Additionally, there has been the argument, and I agree with it, that Wonder Woman can be considered a feminist icon.  That larger debate is outside the scope of this post, but suffice it to say that the packaging seems to be appealing to children than adults, and doesn't necessarily reflect the more grown-up themes of Wonder Woman's strength and power.  MAC could have easily chosen better images and kept basic black packaging (similar to their Hello Kitty collection).

But the outer boxes for the items, along with the tote bag and t-shirt, which I bought for the Museum, were more intriguing.  I liked that they brought an actual comic book element into these: 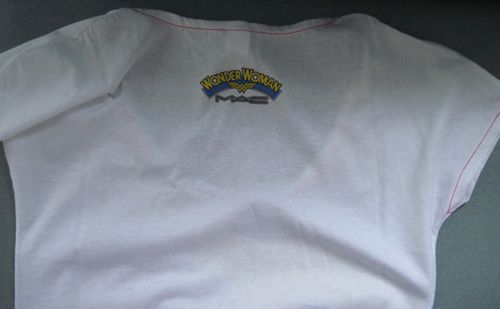 And I think the fold-out I got was the best piece in the whole collection, even though it's not technically part of it and was sent to me with the t-shirt for free! 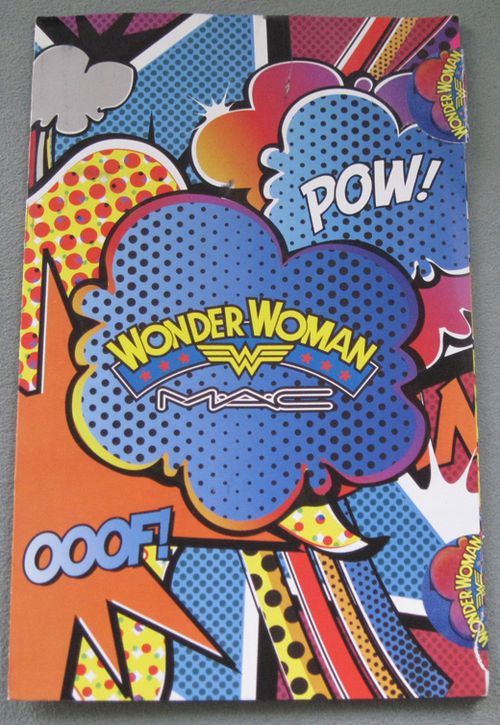 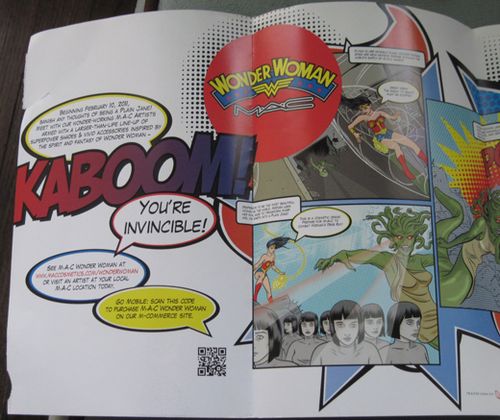 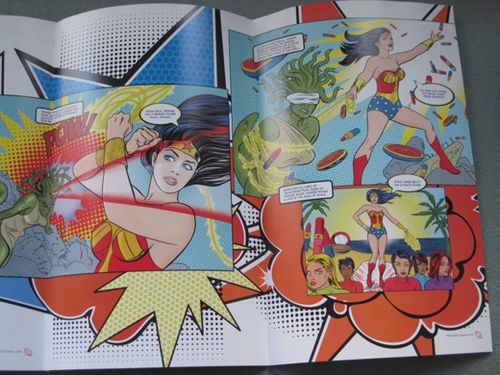 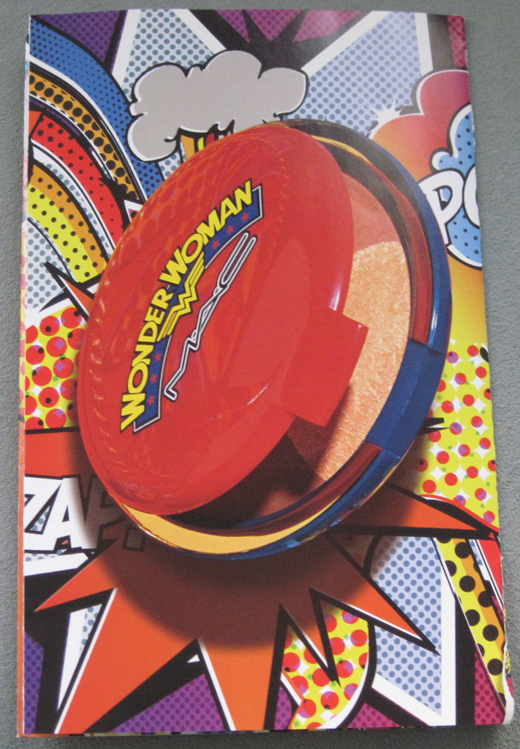 Now, one simply cannot have a conversation about comic books and their heroes (or in this case, their heroines) without considering the work of pop artist Roy Lichtenstein.  At least, I can't.  Lichtenstein painted almost identical large-scale copies of sections of comic books. 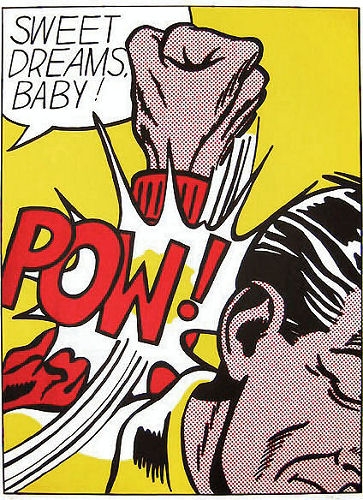 I really enjoyed how MAC exaggerated the the Ben-Day dots in the fold-out much like Lichtenstein did in his work. 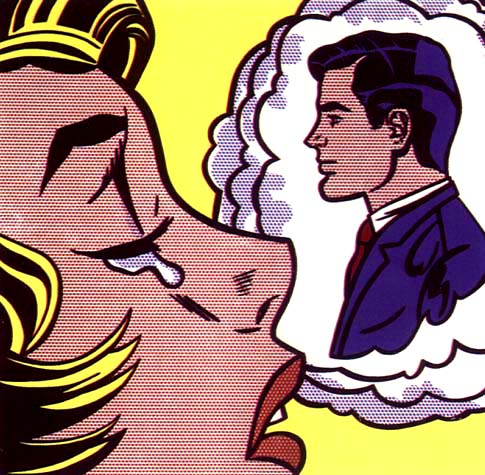 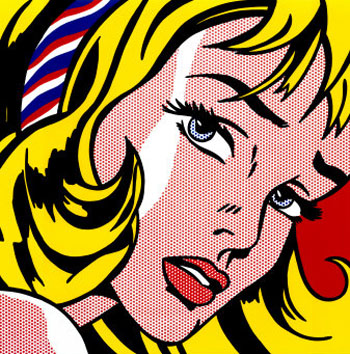 So, to summarize, there are many layers of meaning about this collection if you want it to be - it intersects makeup, comic books, feminism and pop art.  Works on so many levels!