Once I saw this at Rouge Deluxe I knew I had to have it!  I believe it is Asia-exclusive.  Why Lancôme refuses to release such interesting items in the U.S. (see my post on the Yayoi Kusama Juicy Tubes) is beyond me, but I'm glad I was able to get my hands on this.  The palette was released in honor of Lancôme's 75th birthday.  (Actually there are two of them - this one is the Pink Rose; there is another with peachy shades.) 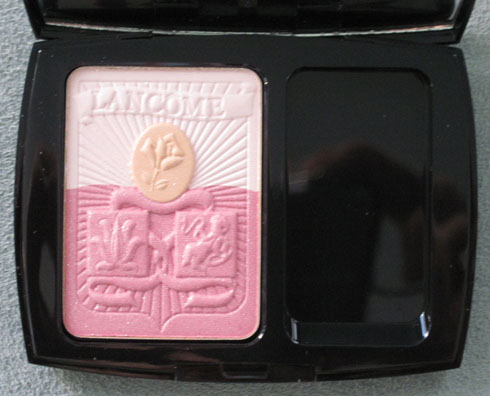 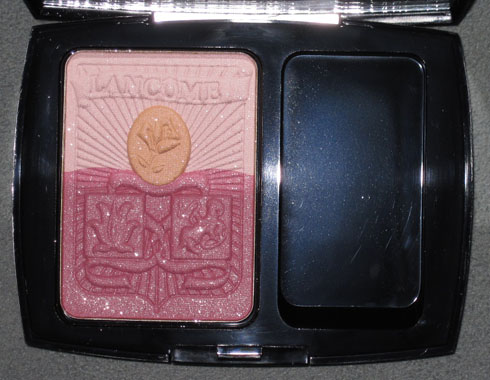 I was very curious as to what the coat of arms represented, as the concept of a makeup brand having a coat of arms, like that of a distinguished family with a long lineage, was quite intriguing.  A quick Google search revealed that the founder of Lancôme, Armand Petitjean, came up with the design back in 1935 to commemorate the birth of the brand.  They  feature the "Lancôme Rose, Cherub and Lotus, representing the Lancôme art of perfumery, makeup and skincare respectively."  How cool (and so European!) is that?  Here's a pic of the original crest. 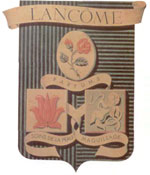 I had no idea until now that, for Lancôme anyway, the rose stood for perfume and the cherub represented makeup - I just thought they used that imagery because it was feminine and slapped it on a lot of their products, with no real meaning behind them.  I must say I'm a bit disappointed Lancôme hadn't made use of the crest until their 75th birthday, because it's interesting and makes the brand stand out from others.  I wish other makeup companies had crests!