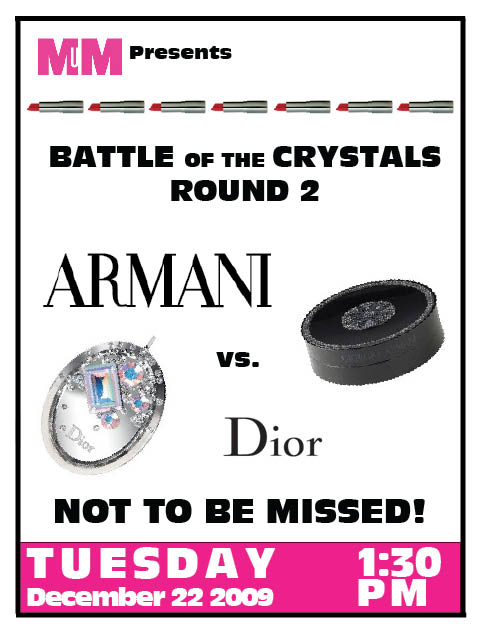 Yesterday's post reminded me that last year (a year ago today, actually!) I pitted Dior's and Armani's holiday palettes against each other since both prominently featured crystals to see who did a better design with them. This year both companies offered up more crystal-laden goodies, so it's time for another crystal smackdown!

LET'S GET READY TO RUMMMMBLLLLE!

The competition is much stiffer than last year.  In the right corner we have Dior's Crystal Boreale pendant. In 2008 Dior's crystals weren't even real Swarovski, but this year the company clearly upped the ante by placing no less than 52 Swarovski crystals on the pendant, 4 of which are the "aurora boreale" iridescent crystals Swarovski created in 1955 exclusively for Dior. 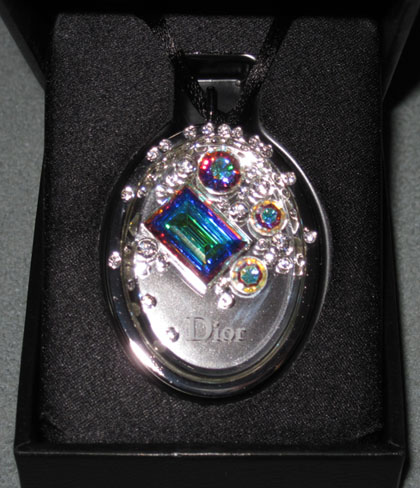 In the other corner we have Armani's "Black Lace" palette which features the usual clear Swarovski crystals but also black crystals, all arranged in a lovely circular pattern.  The pattern is echoed in the highlighter contained within.  Armani's has several weaknesses, however:  the crystals are off-center and there is no interesting story behind the design. 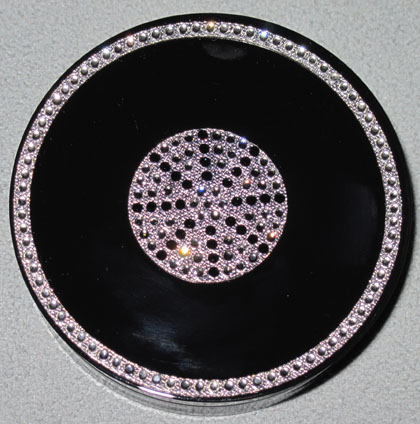 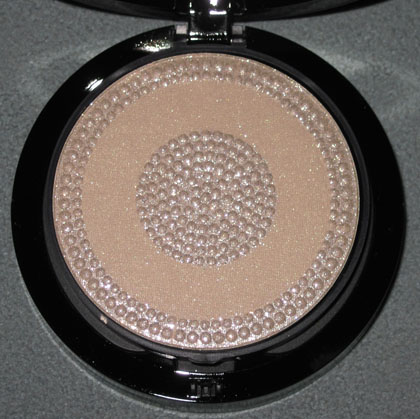 So who do you think did crystals better?  Will Armani's elaborate (if ill-placed) pattern beat Dior's seemingly haphazard crystal cluster?  Or will Dior's prismatic gems, complete with historic backstory, trounce Armani's misguided "Black Lace" design?  Determine the winner by posting in the comments section!