I've been so excited to post these palettes but diligently waited till June.  As I'm taking a stroll down the aisle myself next year, I'm especially happy to share these!  These were a Japan-exclusive release in the summer of 2006. 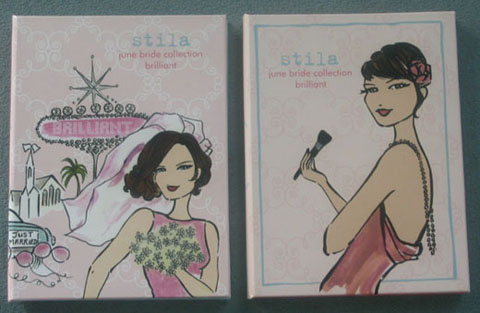 The interiors of both: 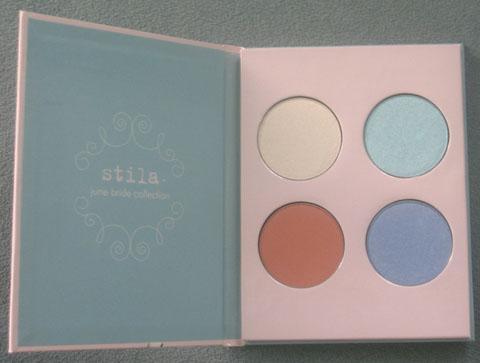 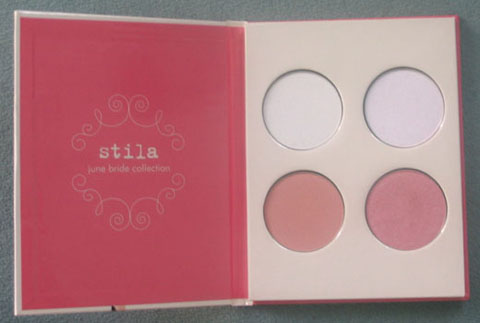 I'm not sure if these were meant to be marketed to brides-to-be.  I know I bought them well before I was even engaged, just because I have to have every palette with a Stila girl on it!  But if so, I think the colors in the bride palette are a nice change from the usual neutral tones meant for brides (i.e., Bobbi Brown's bridal palette or the recently released Nars palette) - the blue eyeshadow could be the bride's "something blue".  :)