French company Bourjois came out with these palettes for the 2006 holiday season, which was a nice tie-in to Sephora's circus theme that year.   By definition, a circus is meant to be purely for entertainment, and these definitely capture the spirit. 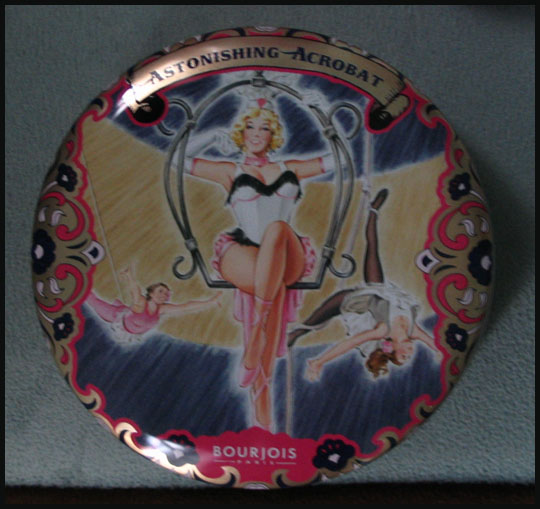 The illustrations in each remind me a bit of this 1891 Seurat painting, The Circus: 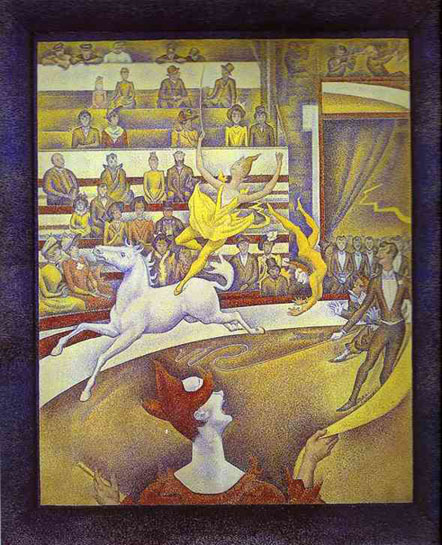 (photo from abcgallery.com)
There are several similarities between the images on the palette and Seurat's work.  First, both the painting and the Tantalizing Tamer image contain an audience, and the latter's audience is not contemporary but appear to be from the late 1800s, which is particulaly evident in the men in top hats in the background on either side of the tamer.  Second, there's a sense of motion in the Acrobat palette and the painting - the acrobats are flying through both images.   Third, both the palettes and the painting have something obstructing the image slightly on the sides.  In Seurat's work the clown seems to be pulling the floor of the circus (or canvas - a delicious little touch), which is slightly blocking the view on the right and cutting off part of the tamer.  In both Bourjois palettes the images are cut off a bit by the flowered pattern. 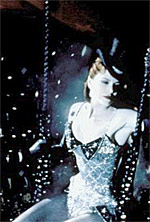 Finally, Bourjois is French and so was Seurat, plus the acrobat perched on the swing in her showgirl costume reminds me of Satine in the film Moulin Rouge.
In any case, I think Bourjois did a great job capturing the feel and motion of "the greatest show on earth!"