For Friday Fun today I'll be looking at two makeup companies that partnered with Disney to develop a collection of limited-edition items featuring Disney characters.  The first one is MAC's "Tint Toons" collection released in December 2005, consisting of five Tinted Lip Conditioners.  The other is Paul & Joe's Japan-exclusive collection launched in February 2008, which included two face powders, a hand cream and a lip balm.

I have four out of the five MAC Tint Toons.  I found the characters to be a bit unfamiliar, but then again I'm not a Disney expert!  The only ones I recognized immediately were Cleo (the goldfish from Pinocchio) and Daisy Duck.  The others are Tillie Tiger, Clarice (she's with Chip & Dale) and Miss Bunny (from what I can gather she's Thumper's better half.)  I'm wondering why MAC  and Paul & Joe chose these animal characters rather than the usual Disney heroines - Cinderella, Ariel, Sleeping Beauty, etc. - perhaps because they couldn't get the rights to the images?  Or maybe because they thought animals would be cuter? 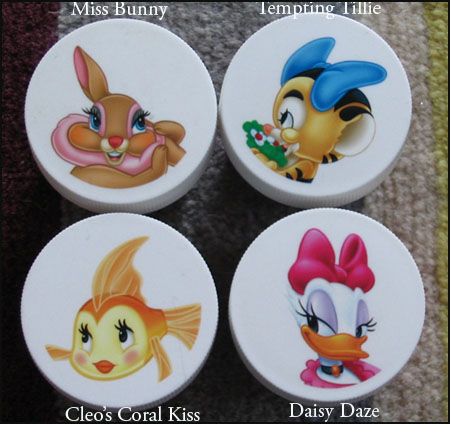 The one I am missing is Coquettish Clarice.  (Note to self:  scour e-bay for this.)

I managed to get my hands on the face powders and lip balm from Paul & Joe...still, I'd love to complete the collection with the hand cream! 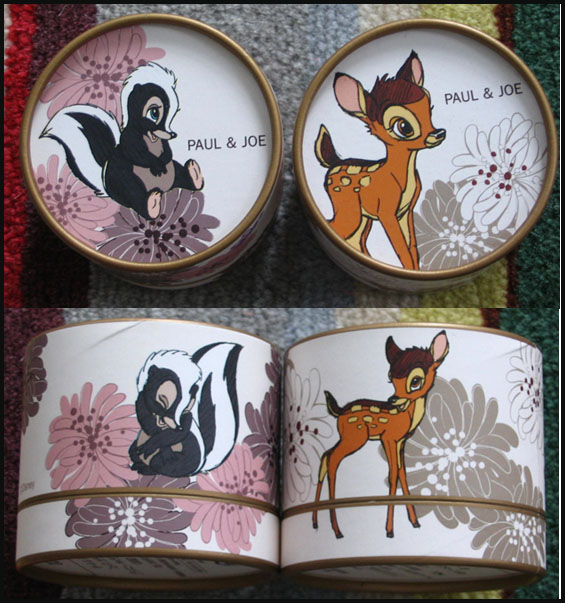 Even the interior of the boxes has a design, and the powders themselves are lightly scented and come with an ultra-girly puff complete with a color-coordinated bow: 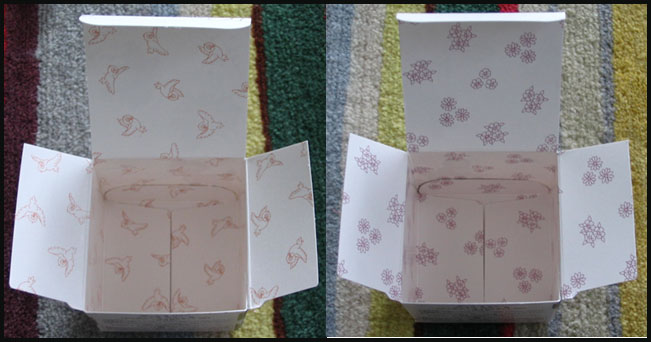 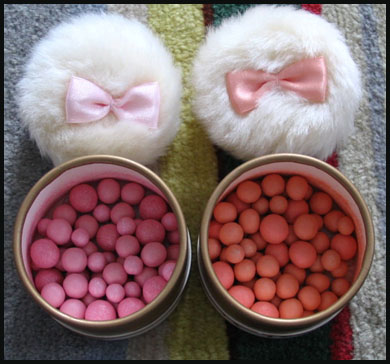 Here's the lip balm featuring Marie from the AristoCats:

Finally, the hand cream with Lady:  (Note to self:  scour E-bay for this as well.) 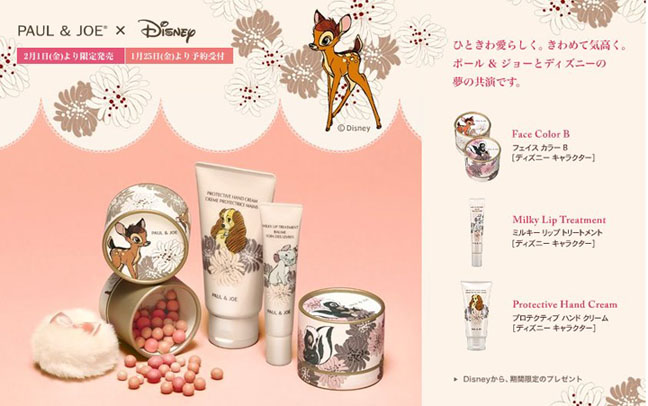 It's fascinating to think of these somewhat juvenile items being marketed to grown women, and what's astonishing is the demand for them.  In Japan the Paul & Joe collection sold out literally within 20 minutes, and the items then sold for double retail on Yahoo! Japan auctions.  Since the MAC collection wasn't limited to one country, it didn't go quite as fast, but still sold out within a few weeks of its release.  I'm guessing the bulk of the customers wasn't children either - these were being sold in department stores, not toy stores, and clearly meant for adult consumption.  So why did adults clamor for these Disney-themed cosmetics?   I feel the packaging is definitely cute without being saccharine or too childlike - I, for one, never feel silly or embarrassed taking out my Cleo's Coral Kiss balm to touch up, and cosmetics with fun packaging are always big sellers (the sustainability and growth of Benefit is proof of this.)   The most compelling reason I think women bought these hook, line and sinker though is my theory is that sometimes we want to be comforted by childhood memories, and are drawn to things that allow us to reminisce about a happy childhood.   I apply the same theory to the fact that  Philosophy's Cinnamon Buns and Chocolate Chip Cookies shower gels are best-sellers - it seems odd that grown-ups would want to smell like a bakery.  But these scents evoke pleasant and happy thoughts of growing up, of the freedom and lack of responsibility.  So too with these Disney products.