In honor of the 30th anniversary of YSL's Opium1 fragrance, the company released a limited-edition bottle and palette in the fall of 2007.  The palette features a red lacquered case with an exquisite phoenix and floral details. 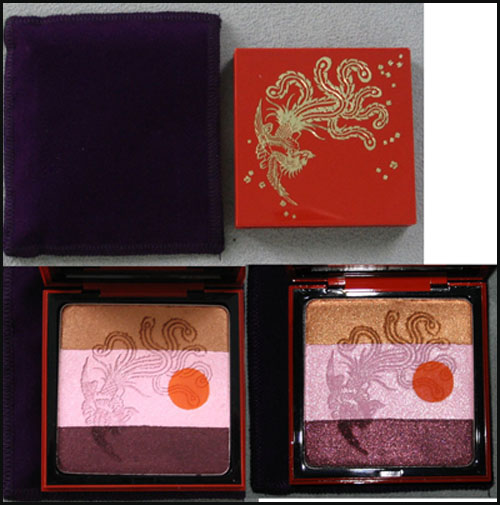 While I'm not really sure what the reddish orange dot on the interior is supposed to represent, it could just be referring to the circle on the fragrance bottles themselves: 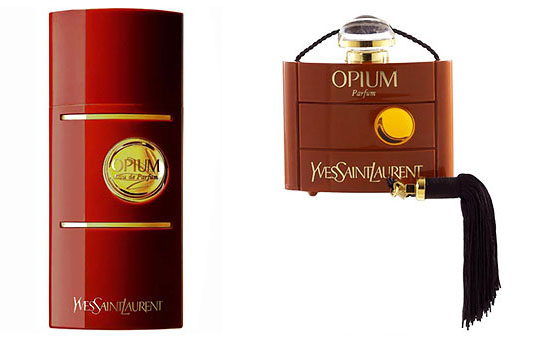 The iconography of the phoenix is a little strange - maybe it's meant to represent the "rebirth" of the fragrance, but truthfully I can't find any concrete explanation of why the company went with a phoenix.
In any case, I can understand why they would have released this to go with the fragrance's anniversary, but that doesn't quite explain why they came out with a limited-edition Opium fragrance bottle and a palette featuring a matching design in the fall of 2006. 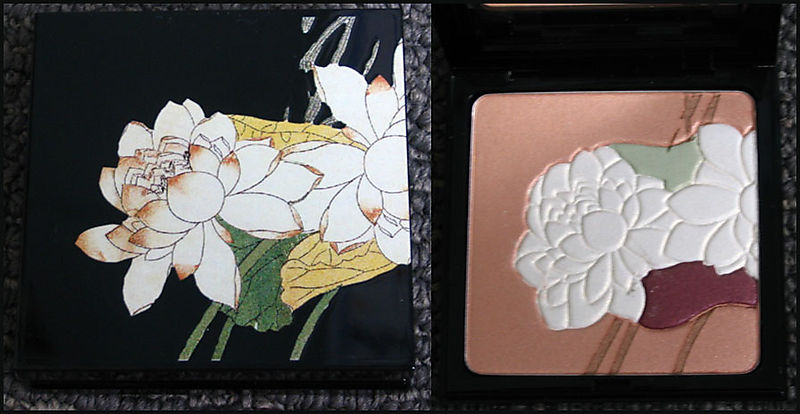 Both the bottle and the palette are adorned with a beautiful lotus flower, because, according to the company, the bloom represents “purity and splendour."   That's all well and good, but I think it would have been more interesting if they included a flower whose scent is one of the notes in the perfume, or if they wanted to be really adventurous, a poppy flower.1  ;)  Plus I'm not sure what "purity and splendour" have to do with the fragrance considering the Sephora description for it:
"Rarely in the history of fragrance has a creation embodied such enchantment, mystery, magic, and exoticism...Opium symbolizes Yves Saint Laurent's fascination with the Orient and his unique understanding of a woman's hidden emotions and inexplicable passions."  I think in this case though, "Orient" refers to China, since the company introduced many China-inspired fragrances in recent years.
Over all, both of these palettes represent the designer's "fascination with the Orient"  and the spirit of the Opium fragrance - I like that the same image was used for both the perfume bottles and palettes.  And they're simply gorgeous to look at!
1Allure reported that there was an entire museum exhibition devoted to the 30th anniversary of Opium in Paris, complete with a faux opium den.  The curator is most upset she was not able to attend!
2 For a perfume blogger's perspective on the fragrance, click here.