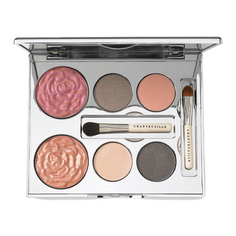 I had been kicking myself for not buying the lovely Chantecaille Les Roses palette released in the spring of 2007 (shown at left) so when I saw the new Shadow and the Rose palette, I decided to avenge my earlier loss and buy the new palette.   At $79 it's a bit less expensive than Les Roses (which came to $105), and it's got one more rose than the previous one.

Chantecaille claims the rose is its signature, which isn't all that original considering Lancome has already claimed it as its icon.  Plus other brands have used a rose pattern in their products, such as Valerie Beverly Hills blush.  Nevertheless, I'm very much smitten with the Chantecaille.  At least the shape of the roses is different than other brands. 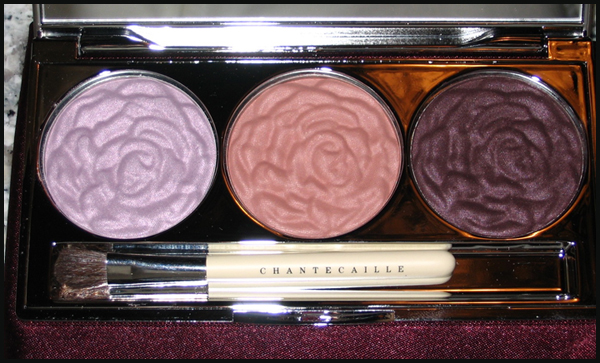 This will be a lovely piece to show off in a spring exhibition.  ;)