I received this e-mail from MAC recently and was struck by the artist name-dropping. 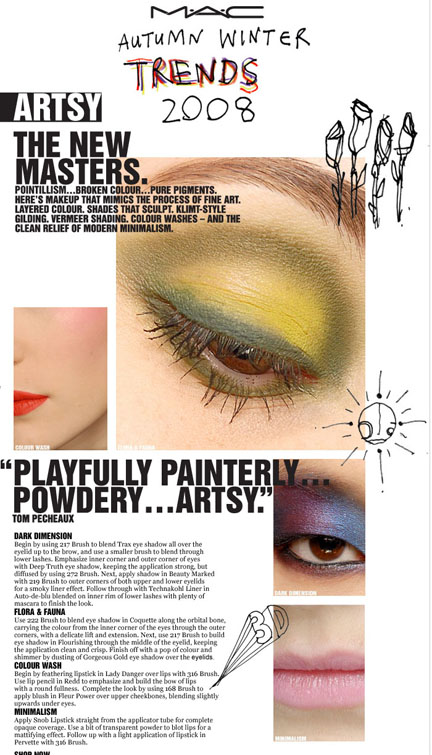 The website continues: "The endorsement of Make up as a medium that mimics Art. The references; calligraphic brush strokes of colour, street art doodlings, the golden gilding of Gustav Klimt, the underage naïfs of artist Egon Shiele. Despite their differences, all are art."

Klimt-style gilding? Vermeer shading? Pointillism? Egon Schiele? It's great that MAC is trying to make the art of makeup application as literal as possible, but the artists and techniques mentioned, for the most part, don't have much to do with the looks MAC has come up with.

First, compare the shading in this Vermeer with any of the looks in the MAC e-mail. The lighting and shadows are much more subtle. As much as MAC tried, the colors used in those looks don't have the softness of a Vermeer. 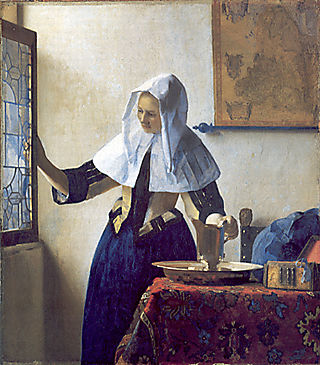 I don't see any of the gold used in a Klimt painting, like this one: 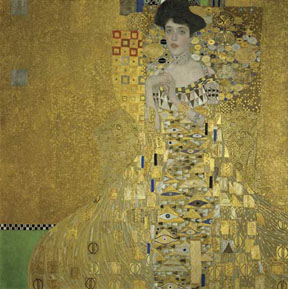 Georges Seurat, painter of A Sunday on La Grande Jatte (you might recognize this painting from the 1986 comedy "Ferris Bueller's Day Off"), would be very curious to see how MAC interpreted his pointillist technique for their applications. Compare a closeup of his work to the MAC looks: 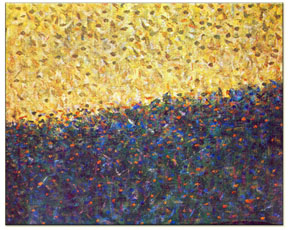 There's nothing remotely resembling pointillism.  Bits of eye shadow dotted on the lid would not have the same optical effect as dots on a canvas.  Surely MAC knows this so I'm not sure why they would bring up pointillism.

Finally, I'm guessing that the "Colourwash" look is supposed to be the reference to Egon Schiele's "underage naïfs".  But red lips by themselves don't necessarily evoke Schiele.

MAC is wonderful for making a connection between makeup application and high art, but their execution could have been a little better. For example, I see a bit of Franz Marc in the "Flora and Fauna" eye look. The similarity lies in the large swaths of bright color and a darker color for depth - yellow all over the lid and dark greenish brown in the crease in MAC's look, yellow for the horses' bodies and dark green for their manes in the Marc painting.

Perhaps they should retain an art historian (me!) on staff to consult on any promotions mentioning famous artists. ;)