I am pleased to see that Lancôme has been spicing up their Juicy Tube packaging in the past year or so. Recently these lip glosses have featured stars (for the holiday 2007 collection) and fishnet stockings: 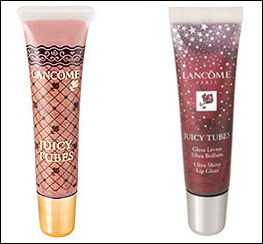 And for the fall 2008 Maharani Jewels collection, henna-like scrollwork: 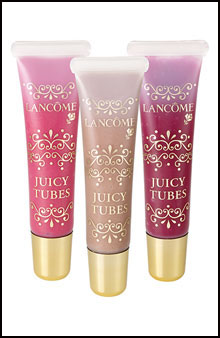 (photos from lancome-usa.com)
But the most intriguing of these new designs is the World Tour collection, released in March 2008.  Lancôme collaborated with up-and-coming British fashion designer Christopher Kane to create nine limited-edition Juicy Tubes whose names represent four "hot fashion" cities:  Tokyo, New York, Rio and Paris.  Previously Lancôme partnered with Thakoon, Proenza Schouler, and Behnaz Sarafpour to create limited-edition lipsticks whose colors reflect in some way the designer's aesthetic, so working with fresh fashion designers isn't new for the company.  However, none of these products featured unique packaging, so the collaboration with Kane is a new direction. 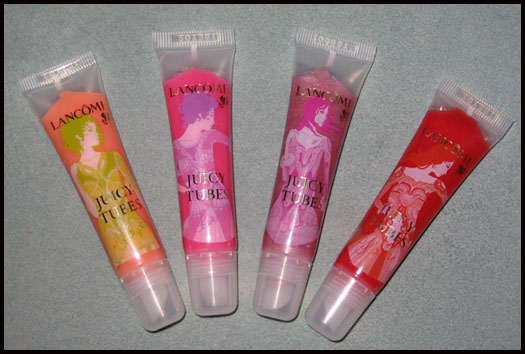 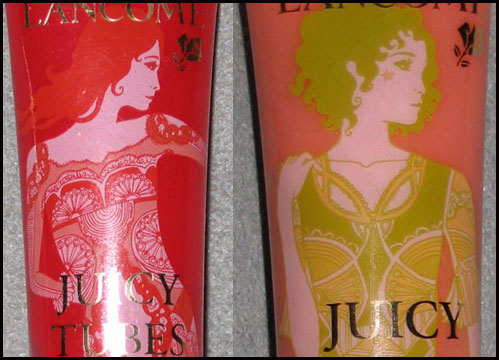 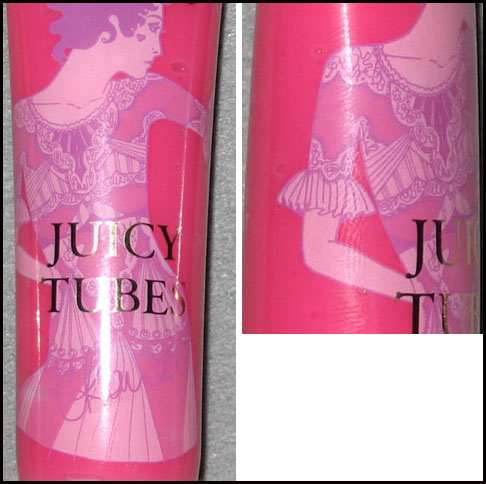 The dresses on the tubes are very similar to the ones presented at Kane's spring 2007 show - the frilly sleeves, the lace detailing and the overall silhouettes are virtually the same.  Even the bright colors relate to those seen on the runway. 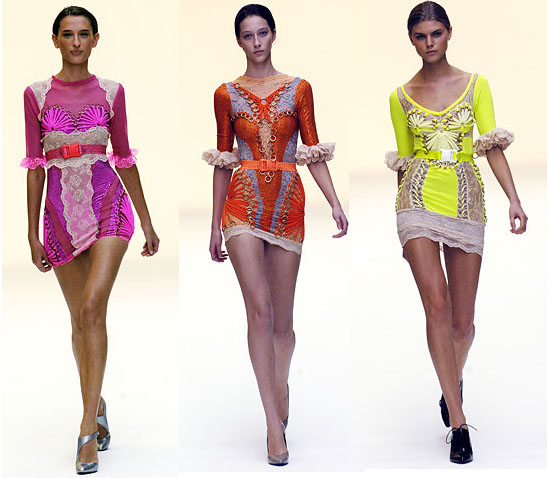 The Juicy Tube packaging is a very literal translation of Kane's work, and his style is well suited to decorate these glosses.  As one critic remarked on the spring 2007 collection, "Driven by lust for eye-socking color and allover decoration, it zings with an amazing new energy and optimism."1  I believe the same be said for new shades of ultra-shiny, brightly-colored lip gloss.